USA: The ‘Mid-cycle’ adjustment in key interest rates is done & Euro Area: Germany could be the weakest link (Martin Ertl)

US: The ‘Mid-cycle’ interest rate adjustment is done.

In Q3 2019 the US economy continued its expansion. Real gross domestic product (GDP) rose by 1.9 % (q/q, annualized rate) after 2.5 % during H1 2019. The expenditure components reveal that growth remains driven by personal consumption expenditure (2.9 %), while the second consecutive decline in fixed investment (-1.3 %) indicates weakening business dynamism. Investment in structures and equipment fell by 15.3 % and 3.8 % whereas residential investment rose by 5.1 %. In addition, net exports again deducted from GDP growth as imports growth outpaced exports (1.2 % and 0.7 %). Finally, government consumption contributes to GDP growth by rising 2.0 %. Hence, while a solid expansion of the US economy continued, the details show unbalanced growth relying mostly on household consumption.

In addition to the one-sided GDP growth, weak spots of the business cycle can be observed. Weak industry prospects – industrial production fell slightly in September (-0.1 % y/y) – were confirmed by the ISM manufacturing survey in October. The index keeps indicating a contraction in US manufacturing, though it stabilized (48.3 after 47.8). Furthermore, job growth has slowed steadily since the beginning of the year. In October, 128.000 new jobs were (non-farm payrolls) created after 180.000 in the preceding month. The jobs figure was better than expected but is in line with weaker business momentum.

On Wednesday, the Federal Open Market Committee (FOMC) lowered the target range of the federal funds rate by 25 basis points to 1.50-1.75 %. It was the last move of a ‘mid-cycle’ adjustment consisting of three reductions of the federal funds rate. In its statement, the FOMC referred to “implications from global developments for the economic outlook as well as muted inflations pressures” to justify the adjustment. President Powell referred to weakness in global growth and trade developments and said that the action provides “some insurance against ongoing risks”. The action supports the sustained expansion, the strong labor market and inflation near the 2 % objective but, at the same time, the FOMC stresses that uncertainties about this outlook remain. After the well communicated mid-cycle move, the FOMC will monitor incoming information to assess the appropriate path of the federal funds rate (‘data dependence’).

The Q3 GDP growth outcome was in line with the Fed’s projection for 2019 growth (2.2 %). The Atlanta and NY Fed’s nowcasting models currently signal 1.1 % and 0.8 % (q/q, annualized) GDP growth for the final quarter of the year. These first growth signals point to a further cooling of the US economy.

Euro Area: Germany could be the weakest link

The outcome was again anticipated by our nowcasting model. GDP rose by just 0.1 % (q/q) in Q3 according to the Eurostat calculation (Figure 2). Household consumption expenditure remains solid, while the industrial sector is in a clear slowdown.

Among other Euro countries, GDP kept expanding in Spain (0.4 % q/q), France (0.3 %), Belgium (0.4 %) and Italy (0.1 %). German GDP will be released on 14th November. If we back out Germany’s growth from total Eurozone and available country-level data, our estimate for German Q3 growth is -0.1 % (Figure 3). Hence, while overall cross-country growth contained no negative surprises, Germany could encounter a GDP decline for the second consecutive quarter. 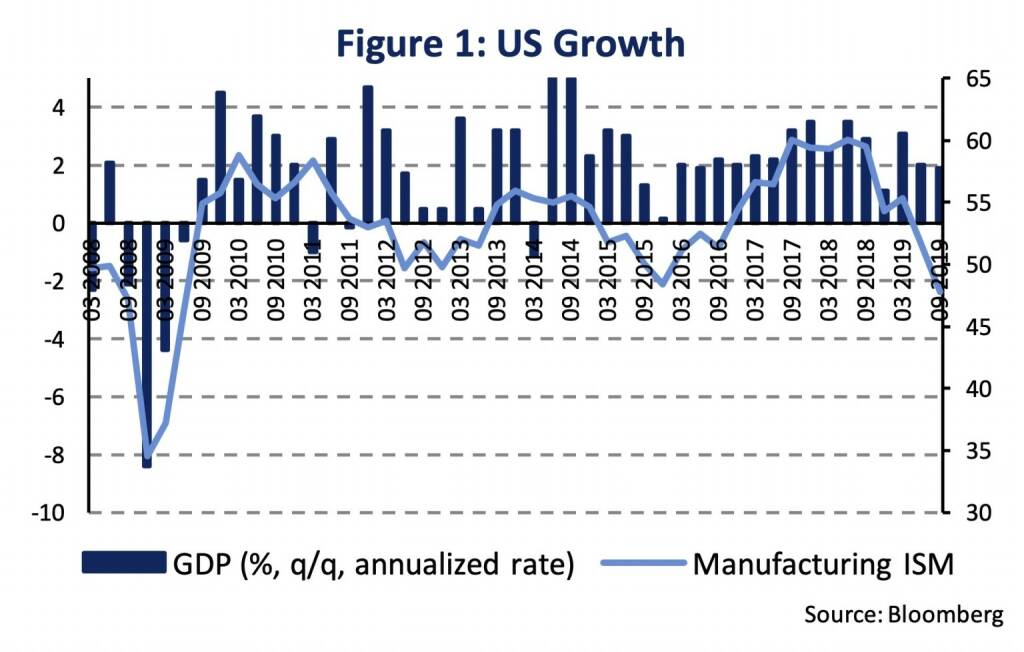 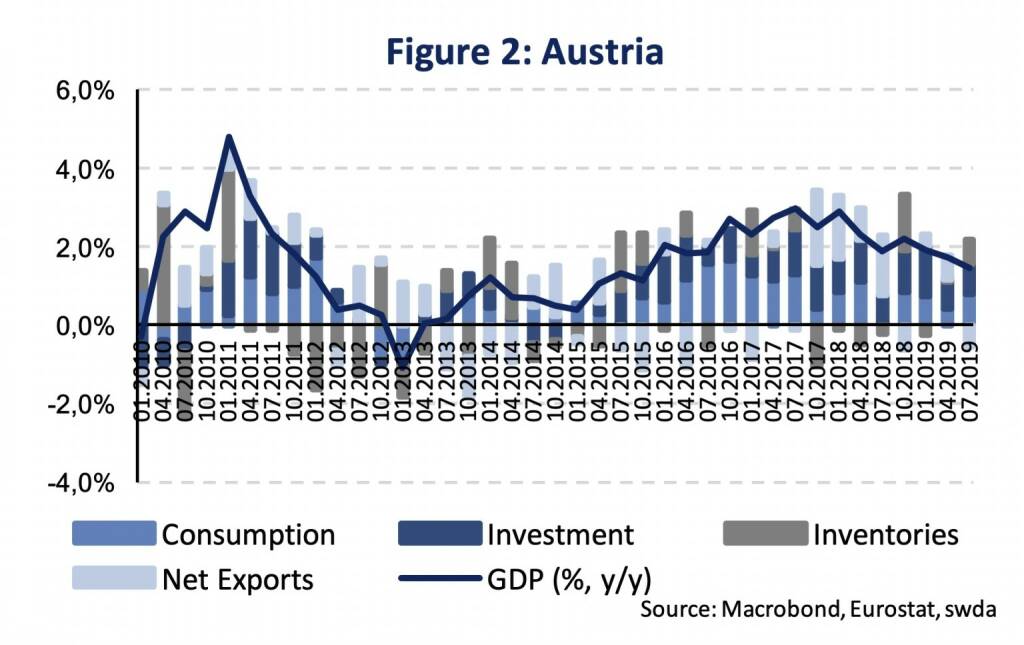 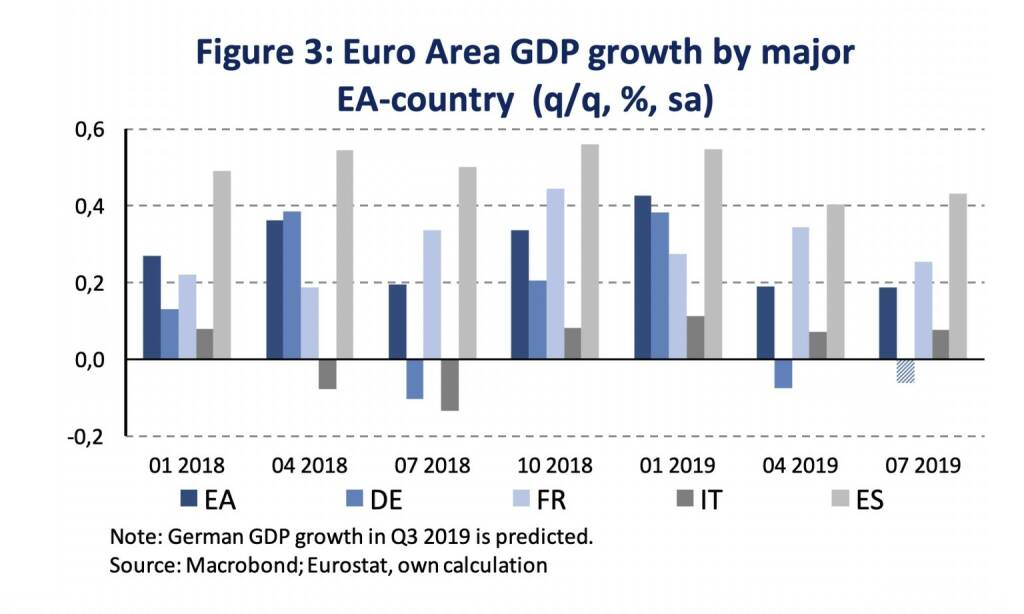